Today, while mowing my lawn, I kept looking at the house, specifically, at the kitchen and dining room windows that face the backyard.  It seemed like every time I looked I saw, staring out of the black of the window, a face. They were different faces every time I looked, the faces of children, the faces of my children as they used to be, when they were small, when they still called our house their home.

They were vivid and clear, yet I knew they weren’t real. I understood that it was just August, that August will play tricks on your mind and eyes, and that for brief moments in the waning sunlight of an August late afternoon, your entire past is laid out in front of you like the inviting surface of a sun splashed lake. Should you choose to dive in to August, though, you have to be weary of the current, because it can be strong enough to pull you under and drown you. August is full of the ghosts that never returned from its bottomless depths.

August is the last full month of summer, and while it’s still warm out, there are just enough days where the wind shifts and blows cool and crisp air from the north. The autumn breeze reminds children that even the endless days and nights of summer vacation are mortal. It’s the month where you first notice that the days are getting shorter, that the dark of night is arriving sooner and sooner.

In the forests of August, the underbrush is still lush and thick, but if you look closely you’ll see that it’s already thinner than it was in July. Only a handful of unharvested and withered wild raspberries and blackberries remain on the bushes that are already tired and aching and longing for the deep sleeps of autumn and winter. Pollen gathers and settles on the August grass, giving it a distinct and evocative aroma while also causing my eyes to itch. Everything August gives comes with a price. 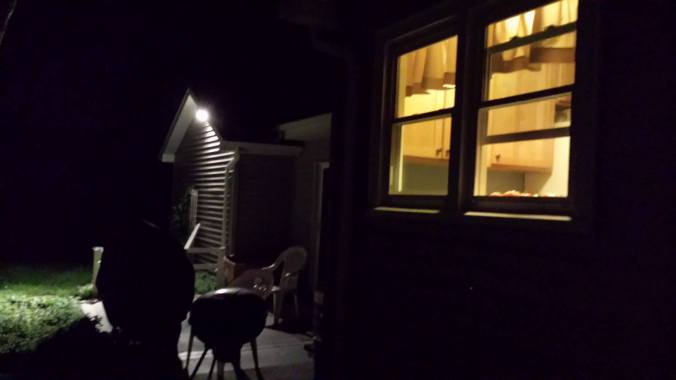 Every night in August, while we sleep, we die, and every morning when we wake, we are reborn, given birth and nurtured by forgotten dreams, and fathered by pale moonlight.