In my last list of favorite movies, I claimed to be quite the film buff, and that I’ve made a whole bunch of lists related to movies.  In case you didn’t believe me, here is further evidence of my movie geekiness.   I have, for some strange reason, made lists of my favorite films by decade. Today I present my lists for the 1930s and 1940s.  The number of movies listed is arbitrary – there are 13 in the 1930s for example because these are movies I love and that seem important enough to mention.

Before there was the rating system (G, PG, R, X, etc), there was the Production Code.  Established in 1930, it began to be enforced in 1934, and imposed a strict set of rules and morality that Hollywood had to obey.  These rules had a profound impact on films for the next 30 years, forcing directors and screenwriters to address sexuality and violence in largely symbolic terms.   It wasn’t just sex, it was general morality – the language that was allowed to be spoken, and images that suggested crime did pay or cast the government in a bad light were censored.  This plus the fact that the country was in the throes of the great depression lead to an abundance of escapist films, with an abundance of extravagant musicals (which I could never get into) and “screwball” comedies (which I grew to love) – fast paced and silly movies (examples – Bringing up Baby, His Girl Friday) often involving upper crust members of high society being silly and stupid.   Crowds also escaped the hard times through great fantasy films like The Wizard of Oz and King Kong  It was also a popular time for horror movies, with the introduction of Dracula and Frankenstein and The Wolfman.  Romance was also big, with Wuthering Heights and the biggest film of the decade Gone With the Wind.

It wasn’t all escapism – many films dealt directly with issues of the time.  Frank Capra made a series of films that dealt directly (and sentimentally) with the depression and the plight of the American everyman (Mr. Deeds Goes to Town, Meet John Doe, Mr. Smith Goes to Washington).  With fascism on the rise, the German director Fritz Lang made the classic exploration of mob rule and vigilantism, M, while John Ford’s beautiful adaptation of Steinbeck’s great American novel The Grapes of Wrath told the story of disenfranchised and exploited migrant workers.  Finally, my favorite film of the decade, the Marx Brothers triumph Duck Soup, captures the surrealistic insanity of a world gone mad.   A broad comedy that is funny from first frame to end, to me it is comparable to Stanley Kubrick’s 1964 Dr. Strangelove in its ability to make us laugh at the impending apocalyse. 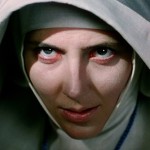 A decade of profound pain and change and ultimately triumph, the 1940s saw cinema become a vital part of the global modern culture.  What emerges from the decade are many of the greatest films ever made.

Many of the greatest directors (including Ford, Hawks and Huston) were recruited by the government to make documentaries supporting the war effort.   When not churning out propagand, with films like William Wyler’s The Best Years of Our Live and Billy Wilder’s The Lost Weekend, Hollywood tried to address serious cultural issues – despite the heavy handedness of the approach; they were often effective, especially in the heart wrenching performances of Dana Andrews and Harold Russell as vets returning home in The Best Years of Our Lives.

The 40s are the decade in which a number of the true masters of the art form (Ford, Welles, Huston, Reed, De Sica) were at the peak of their abilities, using the studio system to produce a number of intensely personal films.   In Preston Sturges’ Sullivan’s Travels, Joel McRae plays a Hollywood director of popular comedies (not unlike Sturges himself) determined to make a “serious” film that speaks to the painful real lives being lived by his audiences.   Welles’ Citizen Kane and The Magnificent Ambersons were stylistically unlike anything to come before them, Reed’s Odd Man Out and The Third Man gave us unsentimental and very real glimpses into dangerous worlds (from James Mason’s IRA agent in Odd Man Out to the post war ruins and black markets of Vienna in The Third Man) that are typically neglected by Hollywood .  Huston turned introspective with his examinations of human greed in The Treasure of the Sierra Madre and The Maltese Falcon, while William Wyler examined mob rule in The Ox Bow Incident.  Meanwhile, John Ford made his two most personal and poetic films, My Darling Clementine and How Green Was My Valley.

Next time:  Hollywood struggles to overcome the blandness of the 50s, and films that are core to the cultural revolution of the 60s.